Get fresh music recommendations delivered to your inbox every Friday.
We've updated our Terms of Use. You can review the changes here.

Stars Wept to the Sea 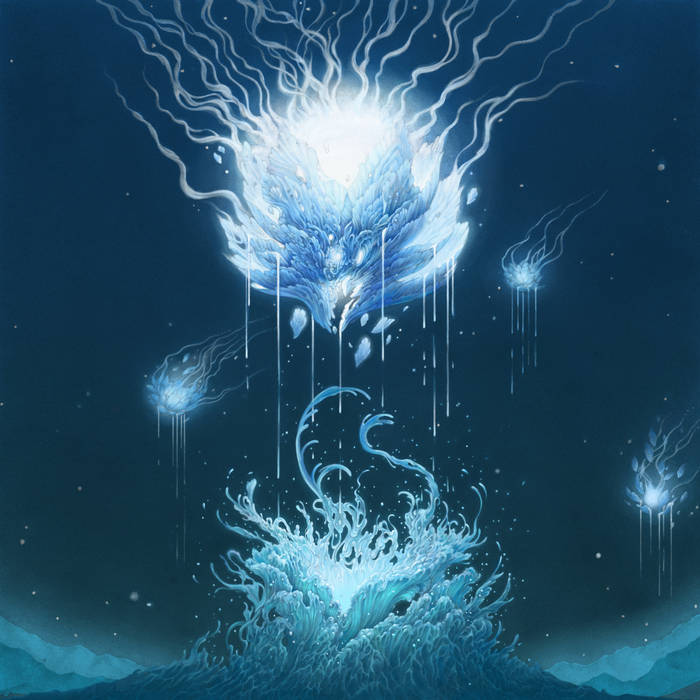 Aldo Quispel 2018 album of the year together with Mosaic I: l'amour et l'ardeur. Unreqvited proves that atmospheric black-metal can be stunningly beautiful!

"Musically, Unreqvited is unusual and intriguing. Sonically, it draws heavily on genre tropes common to atmospheric black metal. There are stirring piano lines, crystalline guitar riffing, tremolo blasting, and plenty of layered background vocals. Tracks like “Stardust” feel like a marriage between second-wave Norwegian black metal and expansive post-rock, shifting from battering ram brutality to sweet crooning, occasionally punctuated by chirping birds and poignant piano. Although much of the album is drifting and dreamlike, its strongest moments burrow into the brain, pulling you down to Earth."
- www.bandcamp.com

"Sophomore album, Stars Wept To The Sea, is a huge step forward towards maturity, adding to the original depressive, post-black metal sound heard on debut Disquiet a huge load of ideas, sparks and personality. Whether you like depressive black metal tunes, old school keyboard samples, post-black metal riffs or blackgaze melodies, this album will quench your thirst."
- www.avantgardemusic.com

"Stars Wept to the Sea's third track is the slew of crystalline keys that run over soaring guitar riffs. Much like Disquiet, this new track exudes a sense of triumph in the face of a genre often rooted in despair. Within the track's final minute or so, a woman's angelic voice surfaces through the mix, accompanied by distant birds. The savvy inclusion puts a wonderfully evocative bow on this first single from the new record. However, each instance on this track is worth careful attention."
- www.metalinjection.net

"The deep, sludgy bass notes and the backing haze of harsh distorted riffs give the music an oppressive and threatening atmosphere (and a pleasing low-end heft), while the scalding vocals convey torture and pain — but the music is a study in contrasts. The song’s bright, darting keyboard notes seem lighter than air; the shimmering waves of melody loft above like the shine of northern lights; moody arpeggios chime while the heavy bass-and-drum rhythms seize control of your motor nerves. At the end, a piano and a woman’s angelic voice ring beauty from grief."
- www.nocleansinging.com

"The most impressive part of Stars Wept to the Sea is the depth of sound. The exquisite layering is exemplified right at the start with the grandiose orchestral introduction.
Among the tremolos blast beats, delicate synth taps sound like blinking orbiting satellites. Part random, part synced to some cosmic order. There’s a constant depressed but hopeful melody with natural sounds scattered about."
- www.toiletovhell.com

and thus marked my descent
to an unholy afterlife, the ruins of an ivory gate
to scapes so barren, untouched by physical presence
to be one with the pulse and respiration of antimatter
as conferred in ancient prophecy;
to become composition laden in the depth of ancestry passing before I
my blood still as hydrogen, and in passing to terrains beyond
my limbs amid evolution, I starve my anatomic being to weakness
and dispossess my will in tribune to the greatest unknown
until I am among the throes of the spiritual realm
until I am the trees and the meadow looming beneath
harvesting the nature and dormancy of human presence
but before I reclaim my being from eternal lapse
I am bid to observe the weep of the galaxies:

“Above the heavens, where energy lies,
Your soul is bid to life where your body dies,
Dispose of the matter, allow its decease,
As trees and oceans liberate your nerves and your eyes,
You have rid your confine to a conjuring time,
And our mewl to the seas in poetic rhyme,
Willfully undone, wholly released,
Your soul is bid to revival among an omnipresent sky.”