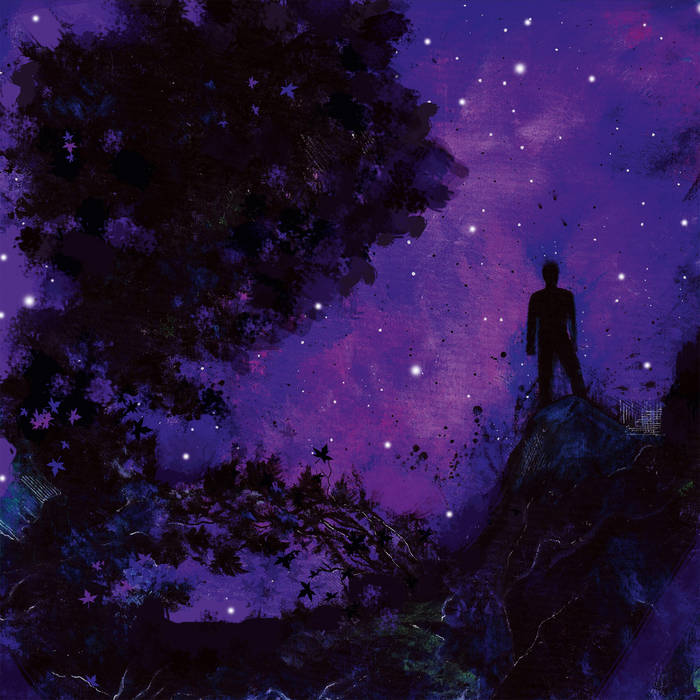 millicow Just when you think Unreqvited can't possibly get any better... it gets better.

xeonist Great progression of this dudes work so far, every new album feels like a new experience whilst also holding onto his signature sound. Favorite track: Pale.

brantly The metal parts are a nice mix of the doomier parts of mid-period Shining and bits of Alcest, but the ambient / post-rock songs are fascinating and unique. Sounding somewhat like a mix of Darkspace and Aphex Twin interpreting John Carpenter. The 'Transience' trilogy that ends the LP is an incredible achievement and a great headphone record for long pre-dawn dog walks!

Jake Britton I love finding music that speaks to my soul.

Canada's Unreqvited has been a musical proving ground that defied categorization right away, thus being a perfect addition to our roster. With a highly acclaimed back catalog that was assembled only within the last few years, it is easy to imagine that this prodigious artist will get very far in the future. Two years after his 2016 debut "Disquiet", which had married black melancholy with electronic opulence, both "Stars Wept To The Sea" and "Mosaic I" showed different tacks, delving into the cosmos and orchestra pit respectively.

For Unreqvited's fourth full-length the artist envisioned a sequel to "Mosaic I," which served as "an outlet for all of the joy, euphoria and passion I felt over the course of one year. This album now contains the ire, misery and anxiety in between, making it my darkest, most daring release to date."

"The music on Mosaic II occasionally reaches for blearily triumphant rock. Most of the time, though, it draws on tingly and emotional post-rock of the Explosions In The Sky variety and woozy, overwhelmed ambient music. There’s a lot of beauty on the largely instrumental Mosaic II, and there’s also a lot of suffocated grandiosity."
- www.stereogum.com

"The record is a companion piece to 2018's Mosaic I, and where that record dealt with the more positive aspects of existence, Mosaic II deals with the negative feelings experienced by the enigmatic vision behind it all. Those feelings make themselves known within the opening bars of Nightfall, where the vocals are kept hidden behind effects-laden guitar and screams are lost in the abyss. The melancholy drive of Pale is illuminated by cascading rhythms that evoke bright pain and untold sorrow and when the final notes of Transience III - The Static dissipate, there is a sense of utter catharsis." 8/10
- www.metalhammer.co.uk

"As a follow-up to its spiritual predecessor, it expands upon its best ideas without ever feeling like a retread. Through the prism of the project’s discography as a whole, it’s a welcome and epic addition to an already incredibly solid collection. For those who love their post-black metal drenched in atmosphere, aggression, and sonic adventurousness, you may have found yourself an album of the year contender. And it’s only January. Praise be."
- www.heavyblogisheavy.com

"Unreqvited has been fairly prolific since 2016’s Disquiet, the solo project’s debut (which also sees re-release this week, scroll below), but nothing from the band to date feels this seamless and effortless and, well, patient. Mosaic II: la déteste et la détresse is an album which will definitely reward your patience, but allowing the music to expand and blossom in your mind is the right way to go here (or with any Unreqvited release for that matter). Basically, this is blackgaze worth listening to."
- www.invisibleoranges.com

"By turns uplifting and harrowing, the front end of Mosaic II is beautifully atmospheric, with layered synths and keys both delicately evocative, and the tortured, wordless howls of its creator again act almost like an additional instrument. Feeling darker and more direct than its predecessor, Mosaic II envelops and smothers the listener, sometimes pausing to draw breath – second track “Wasteland” features a soaring refrain almost worthy of Opeth in their metal days, while “Pale” is a gentle and delicately uplifting affair—at others bouldering right on."
- www.angrymetalguy.com

"Mosaic II is an incredible album, and a perfect follow-up and duality to the first. It bolsters an already unique and varied discography for Unreqvited, who is churning out standout albums at an almost alarming rate. In a scene that is heavily saturated by a number of already standout acts, Unreqvited sits unequivocally among their peers and is a constant breath of fresh air in the continually expanding world of post-black metal. Mosaic II makes no compromises and is bold in its approach, with the almost neverending emergence of new sounds throughout. It’s truly incredible how well this plays out, and it makes for what is likely the greatest release of the band to date. This is a definite album of the year contender, and it’s the first week of January!"
- www.everythingisnoise.net

"‘Mosaic II’ manages to evoke differing feelings as it progresses and at times it takes you away to a peaceful forest before carrying you to a dilapidated asylum and then back to a windswept, snow-capped mountain peak as the album twists and turns. There are certain passages that are almost upbeat, such as during ‘Disorder’ and it is perhaps this juxtaposition that makes some of the more ruminating passages so effective." 7.5/10
- www.avenoctum.com

"If I had to pinpoint one prominent emotion in the listening experience, then it would be anxiety. Even when there are moments of optimism that shine through, there’s the constant, underlying feeling of dread that any thinly veiled sense of elation will be swept away in a mire of misery..." 9/10
- www.metal-discovery.com